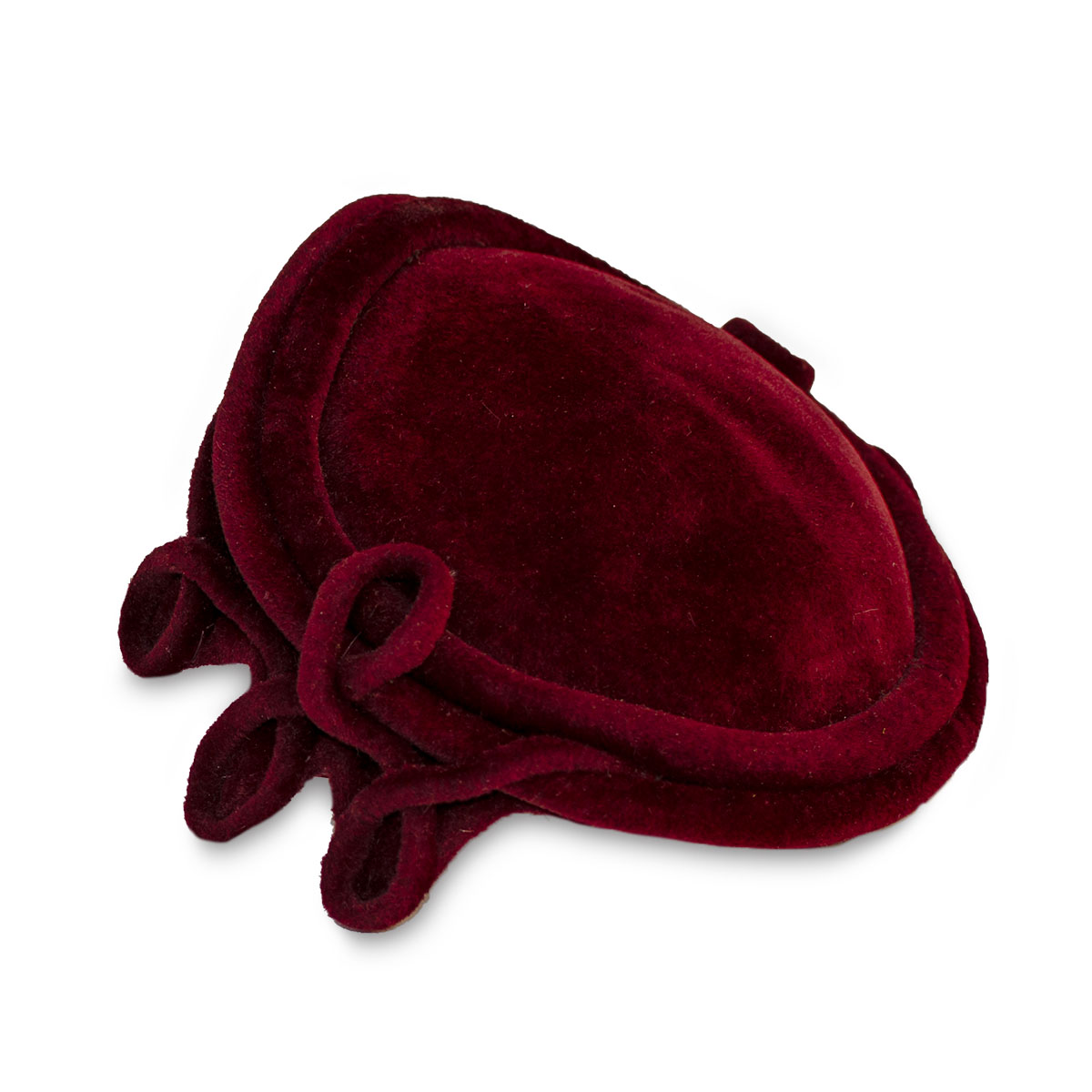 This 50s half hat is such a stunner.

Growing up in Philadelphia and orphaned at age 18, Loretta Bonta took up the millinery trade at a young age. She apprenticed with a French milliner then based in Philadelphia, then took a job in the hat department of a local department store where she became friends with Hans Harberger, the future Mr. John, one of the most famous milliners of all time.

Bonta married then moved to Atlanta in 1928 where she set up a hat shop in her own home.  Her focus was on one-of-a-kind custom hats for the cream of Atlanta society as shown on her label “Bonta Creatrice”.  Often, she would make a hat to coordinate with a specific outfit of the client.   Her clientele was by invitation only, making her hats more desirable.  As hats faded from fashion, Bonta retired in 1971 and passed away in 1989 at age 96.  Her hats are highly collectible and so well made, many are in remarkably good shape.