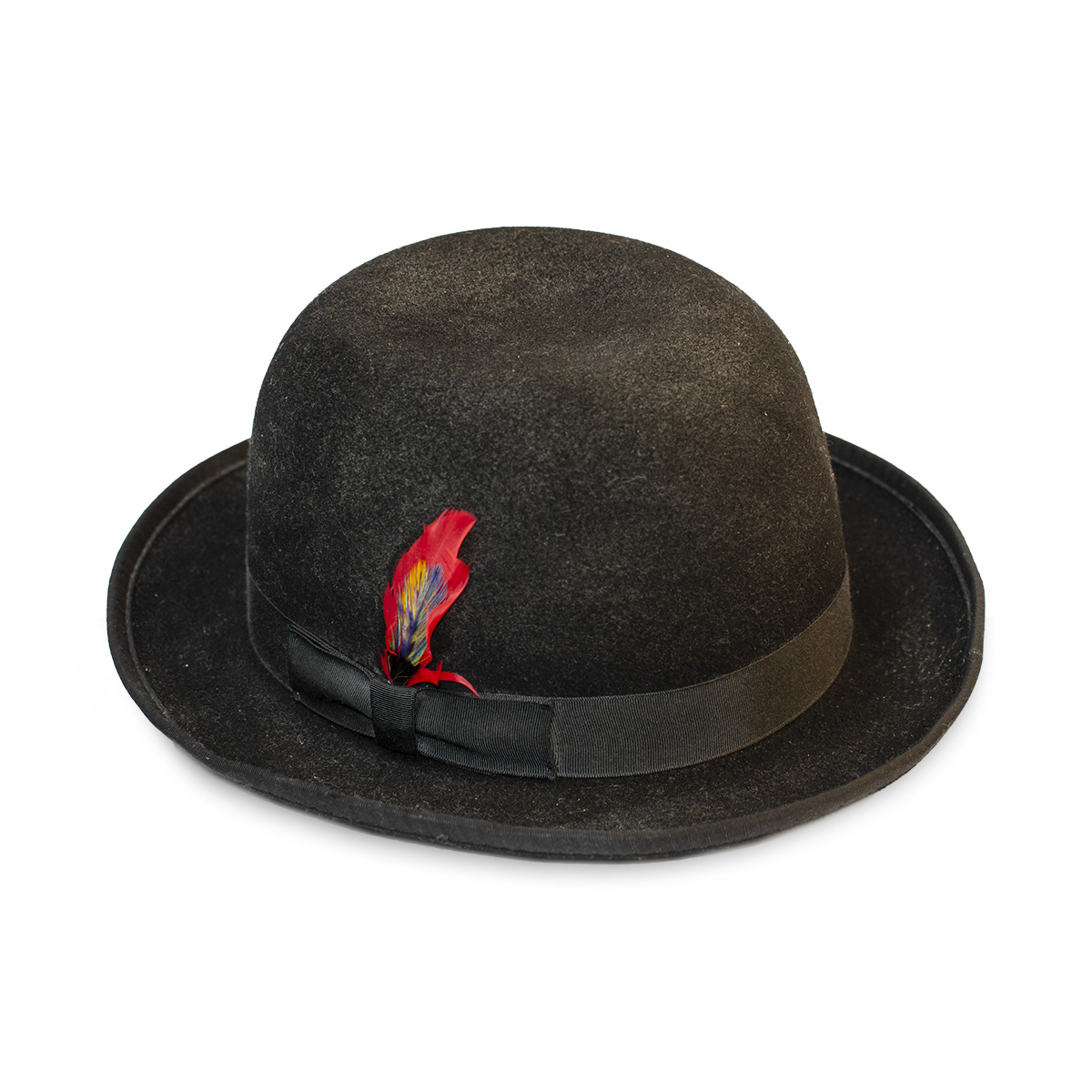 Every man needs a vintage bowler hat just on principle.

What is a Bowler?

The Bowler, also known as a derby, is a hard felt hat with high domed crown and narrow brim curled at the edges. Created in 1849 by London hat makers Thomas and William Bowler to protect the head while horseback riding. It served as an alternative to the top hat. In America, the bowler — not the cowboy hat — was the most common hat in the Wild West. Cowboys and railroad workers preferred it because it did not blow off the head. Butch Cassidy, Bat Masterson and Billy the Kid wore bowlers. The bowler peaked in popularity at the end of the 19th Century. Charlie Chaplin, surrealist painter Rene Magritte, Liza Minelli’s Sally Bowles in Cabaret, and The Avengers’ John Steed all made the bowler their trademark hat