Day 10 and Madge is still in the game for National Blog Posting Month. Check out the official site on BlogHer, and then come back often to see how Madge is doing.

This off-the-shoulder number is by Christian Dior and is appropriately named “Abandon”.    The cocktail hat is by Hattie Carnegie.

The model is Georgia Hamilton, who Life describes as 23, married, a professional model, mother of a year-old-son, an ardent golfer and would-be actress.  That kinds of breaks the stereotype of stay-at-home house wives of the era.    After doing some research, Madge discovered that Georgia was one of Eileen Ford’s first models and this cover was her big break in modeling.  After a successful career, three more kids and a divorce she reinvented herself as a home builder in the Hamptons. Georgia passed away in 1995. 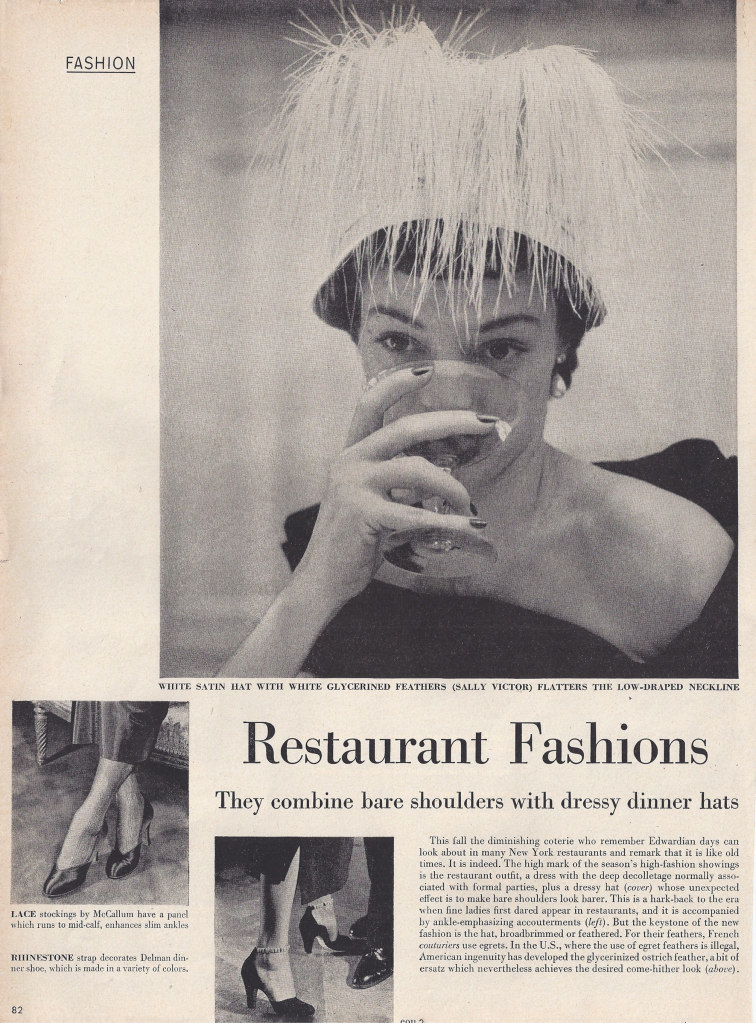 The article notes that the keystone to fashion this season is the hat.  Oh, if it were still so.  This one by Sally Victor is white satin with glycerined ostrich feathers which give it that “come hither look”. Note the lace stockings in the small photo on the left as well as those divine Delman shoes with the rhinestone straps.

Madge has a thing for peplum dresses.  They are so of the era.  So this one by Cecil Chapman has her drooling on the keyboard.  Life notes the black satin cloche hat, also with glycerined feathers, but doesn’t mention the designer.  The double strand pearl and rhinestone choker is a nice touch. 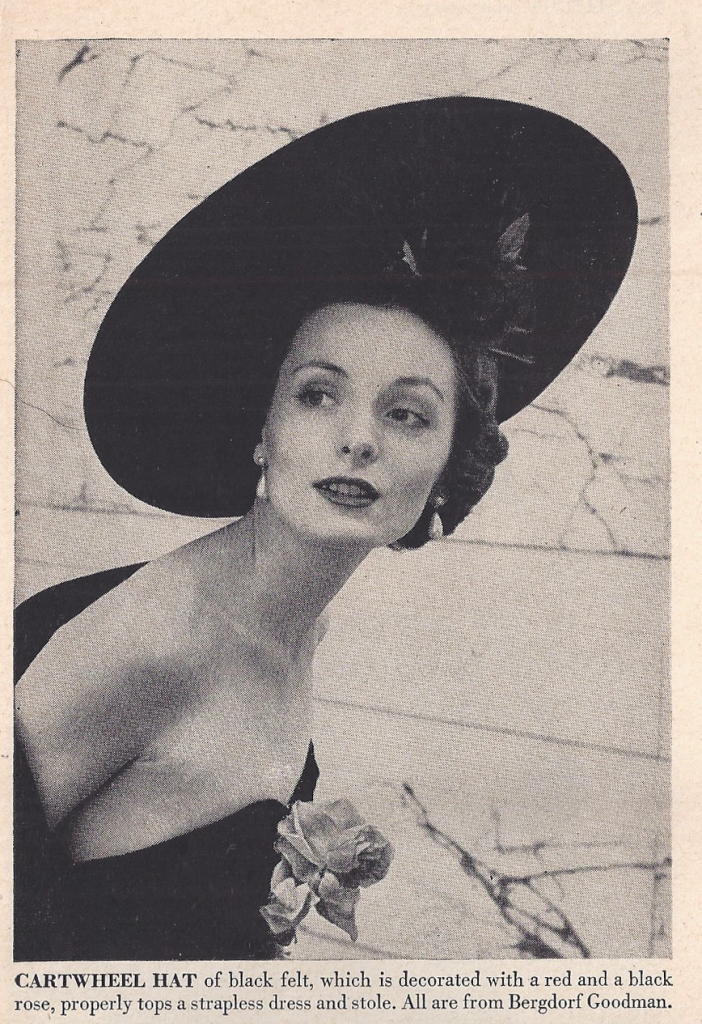 Fabulous cartwheel hat with strapless dress and stole from Bergdorf Goodman.  Lovely, but the rose looks like it might be a bit over the top.  I know you are thinking the hat is over the top.   Not Madge. 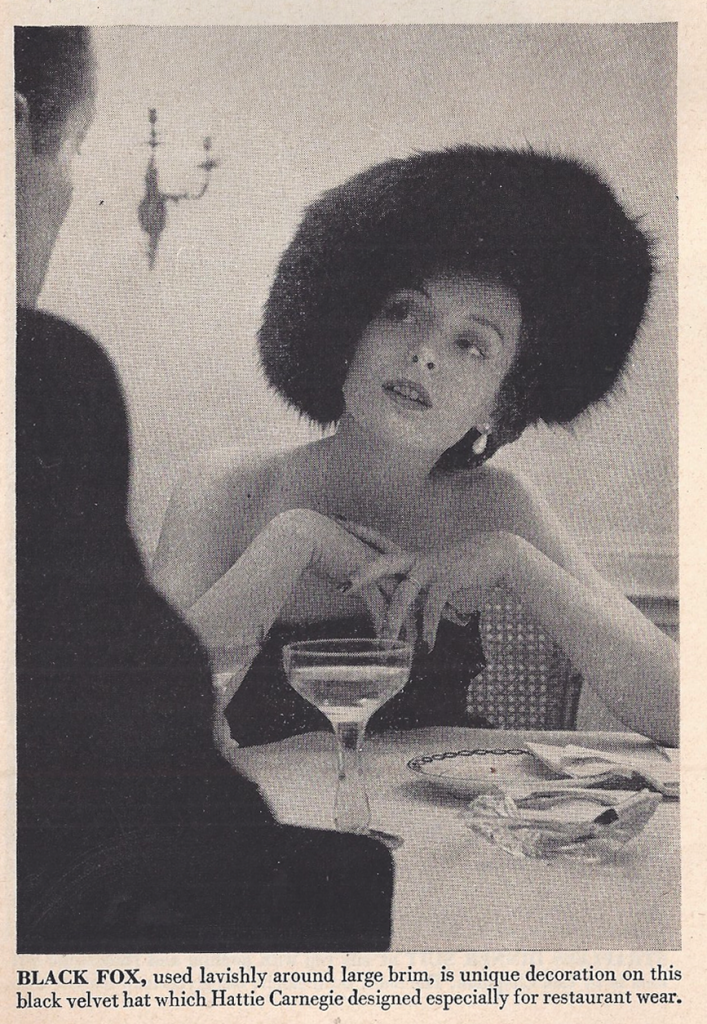 And for the finale this fabulous black fox trimmed velvet hat from Hattie Carnegie.  Madge just loves the description on this one.  “Designed especially for restaurant wear”.  What in the Sam Hill does that mean?  Maybe it’s a snug fit so your hat doesn’t fall into your soup.

So that’s todays’ fashion report circa 1948.  See you tomorrow.