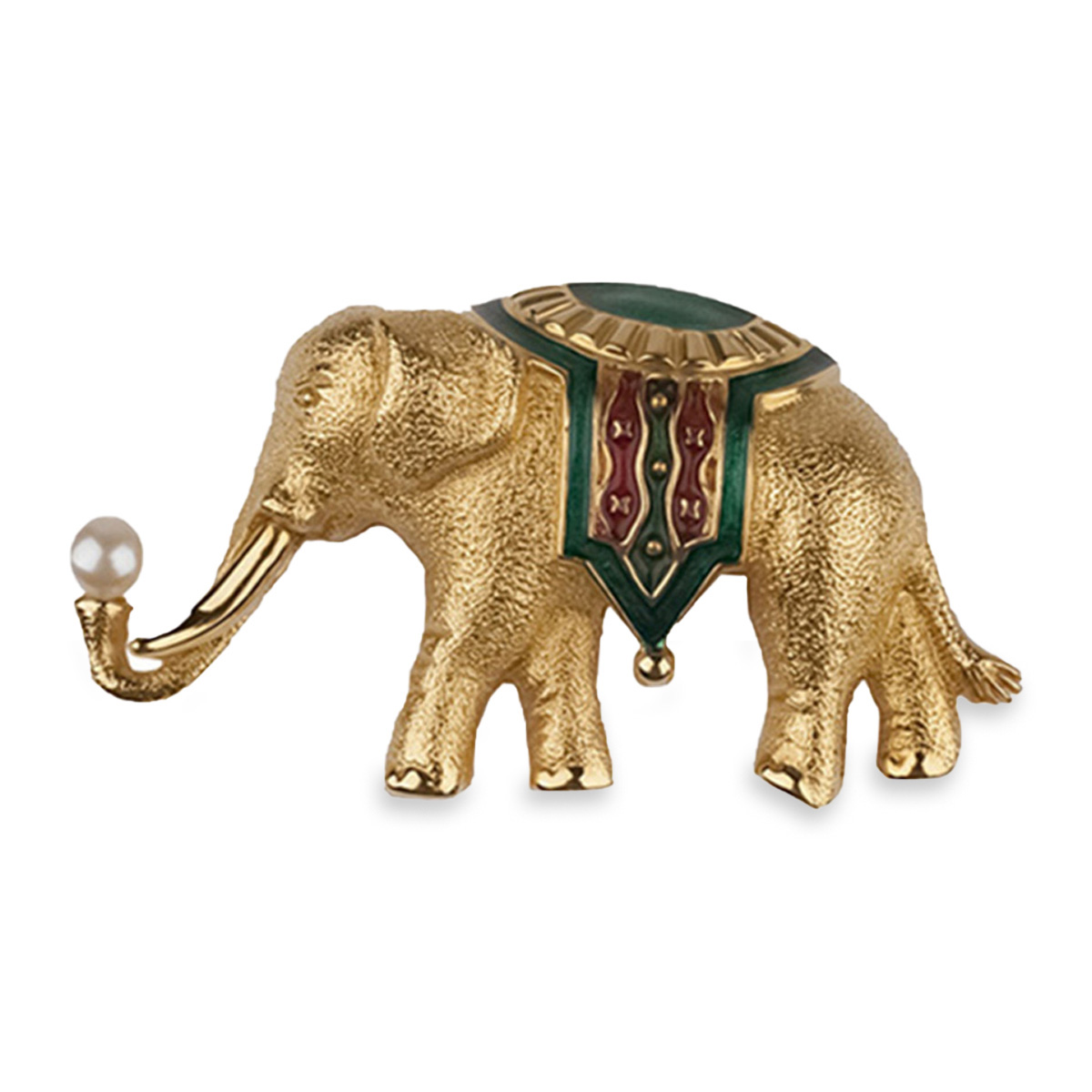 This fun Monet elephant pin has an upward trunk for good luck.

The History of Monet Jewelry

Michael and Joseph Chernow took a gamble in 1927 and used proceeds from their father’s shirtwaist company to start a company called Monocraft to capitalize on the then craze for monograms.  The brothers developed a process for metal monogramming first for autos and later for handbags.   In the 1930s, they started manufacturing jewelry with monograms originally under the Monocraft name.  By the end of the decade, they launched a costume jewelry collection named Monet.

Monet found its design direction in the 1940s when Edmond Mario Granville joined the company as the principal designer. Known for its triple plated jewelry, Michael Chernow developed many innovations in the manufacture of costume jewelry.  He patented a design for clip earrings that made them much more comfortable as well as a design for continuous metal bangles.  Some of the early jewelry used colored stones but by the 1940s Monet made only gold and silver metal jewelry, sometimes with enameling.  Colored stones made a reappearance starting in the 1980s.

A longtime family business with multi-generations of employees, Michael Chernow sought a business partner to continue the company after his brother’s death.  He found that partner when General Mills bought the company in 1968, keeping the current management in place.  After a successful run under the capable management of General Mills, Monocraft and Monet were sold to Crystal Brands Apparel Group in 1985.

As American-made jewelry gave way to cheaper imports, the company eventually filed for bankruptcy, Liz Claiborne purchased Monet in 2000.  Claiborne created The Monet Group, which includes Trifari and Marvella.  Like so many other storied names in costume jewelry, production moved overseas, and Monet offers jewelry of much lesser quality today.

Vintage Monet is highly prized by collectors for its quality. Thanks to triple plating, it’s not unusual for Monet pieces to be in amazing condition even after over 50 years of wear.  Monet jewelry is always marked with the company name.