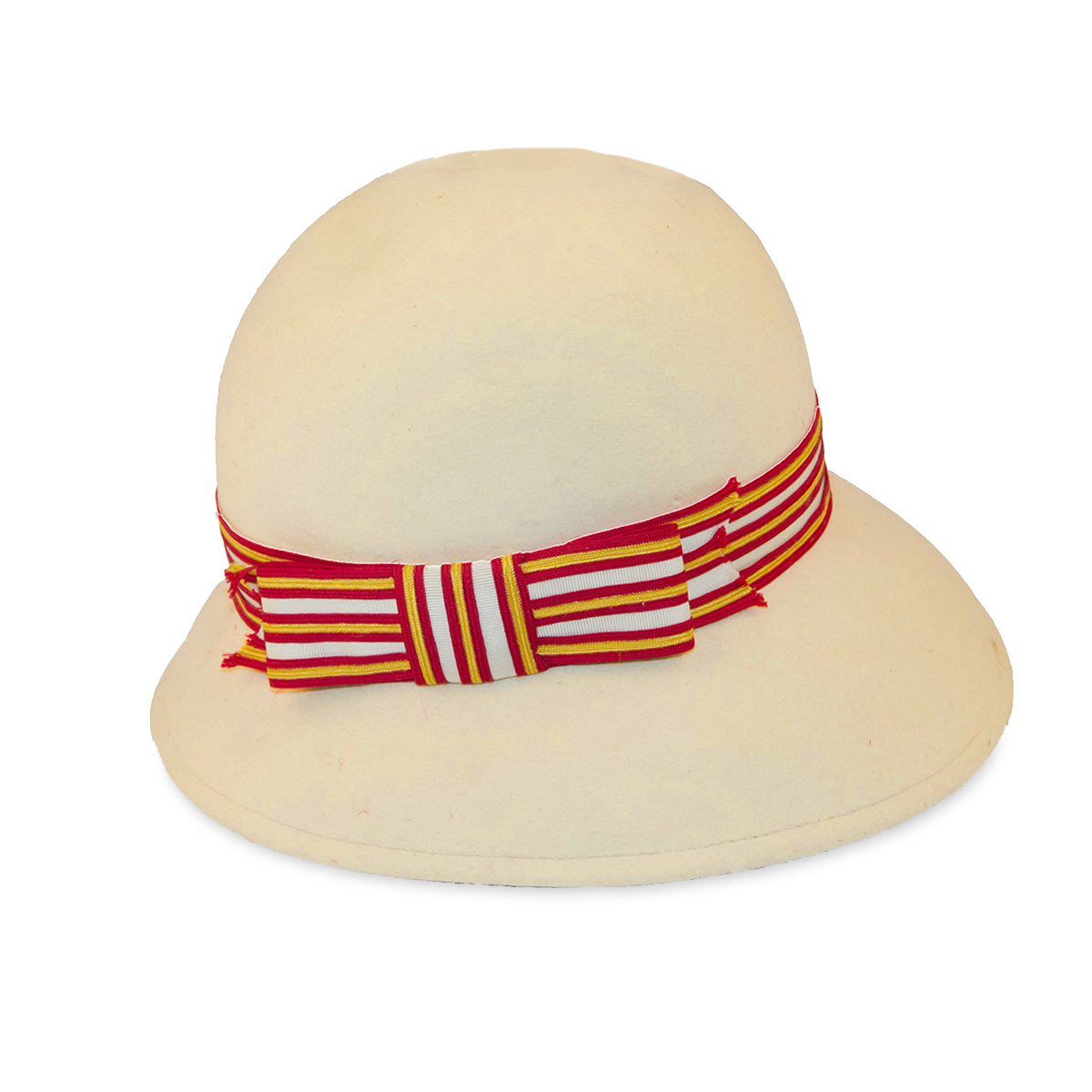 Who was Mr. John?

John Pico John (Mr. John), (1906-1993), born John Pico Harberger, Munich. Before forming the Mr. John label, he was a partner with Frederic Hirst in John-Frederics (1927 to 1948), Mr. John’s designs were popular in the 1940s through the 1970s. Clients included stars of film, stage, opera, and high society. He and Cecil Beaton designed the hats for My Fair Lady. His hats were worn by Marlene Dietrich in Shanghai Express, by Greta Garbo in The Painted Veil and by Marilyn Monroe in Gentlemen Prefer Blondes. At its peak, his business employed 150 and brought in over $7 million a year. When he launched a new collection he publicized it in Mr. John’s Fashion News, using celebrities as models. He retired in the 1970s, complaining that women’s fashion was dead and that women had “‘sold-out'” to “hairdressers who make orthopedic hairdos and french-fried curls.” By then he was the world’s richest milliner. He died at age 91.
His labels include Mr. John Boutique, Classic (the 1960s), Caprice (1960s label for whimsies), Moderne, Signature Series, Empress, Sophisticate,  Debutante, Sportif,  and Young Elegants.

What is a Cloche hat?

The cloche is a deep crowned, usually soft hat with little or no brim, worn pulled down over the ears and forehead, with the head band ending at the eyebrows. According to the Metropolitan Museum of Art, the cloche was introduced by Lucie Hamar in 1917, but other cloches in the Met’s collection are attributed to earlier years, including one with a B. Altman label, which the Met says is circa 1912. Other sources say the French milliner Caroline Reboux was the creator. Cloche-like hats began to appear in the U.S. as early as 1915, replacing the oversized Edwardian hat. They were most commonly associated with flappers during the 1920s, when they were widely popular, eclipsing virtually all other hat styles. Reboux’s 1925 helmet shaped cloche became the dominant design for the rest of the decade. In the 1930s cloches began exposing more of the forehead, sometimes by rolling up the brim. By the mid-1930s, the cloche had fallen out of fashion. The cloche was revived in the 1970s and has been popular in various forms ever since.  From Hatatorium:  An Essential Guide for Hat Collectors, 2nd Edition.