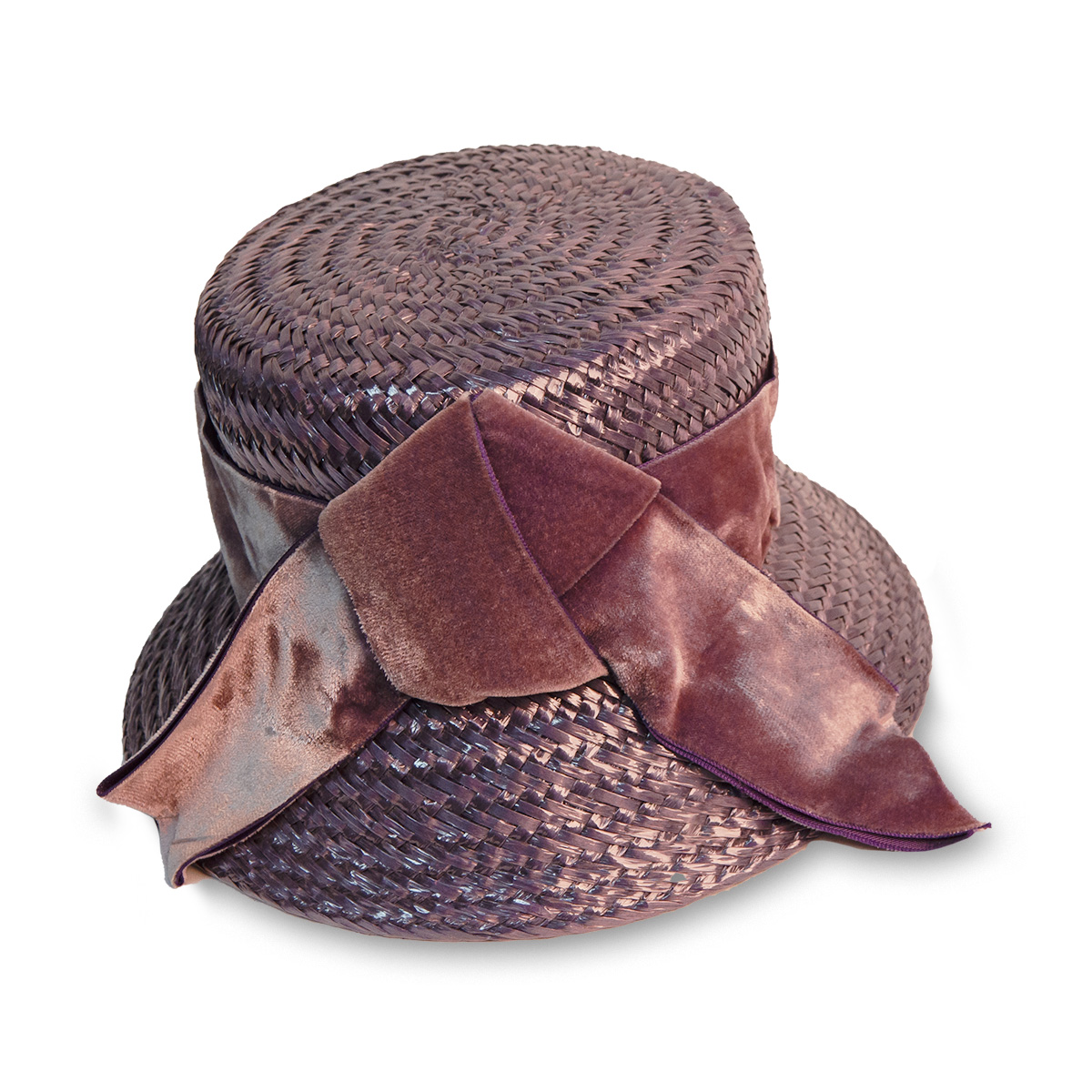 This 50s cloche hat by Leslie James is so flattering on.  A very sophisticated look.

Leslie James was a California based milliner active from the mid 1930s through the 1970s.  The company was a partnership between James Druce and Leslie Masters.    Madge has a fascinating blog post on this milliner.

The cloche is a deep crowned, usually soft hat with little or no brim, worn pulled down over the ears and forehead, with the head band ending at the eyebrows. According to the Metropolitan Museum of Art, the cloche was introduced by Lucie Hamar in 1917, but other cloches in the Met’s collection are attributed to earlier years, including one with a B. Altman label, which the Met says is circa 1912. Other sources say the French milliner Caroline Reboux was the creator.

Cloche-like hats began to appear in the U.S. as early as 1915, replacing the oversized Edwardian hat. They were most commonly associated with flappers during the 1920s, when they were widely popular, eclipsing virtually all other hat styles. Reboux’s 1925 helmet shaped cloche became the dominant design for the rest of the decade. In the 1930s cloches began exposing more of the forehead, sometimes by rolling up the brim. By the mid-1930s, the cloche had fallen out of fashion. The cloche was revived in the 1970s and has been popular in various forms ever since.  From Hatatorium:  An Essential Guide for Hat Collectors, 2nd Edition.