One of the most imaginative milliners in the business was Archie Eason and his “green sequin” hats, known for their high quality and unique design.  Eason’s success is a classic story of a hometown boy who makes good.

Born in Waycross, Georgia in 1928, Eason moved to Jacksonville, Florida at age 14.  After military service he returned to Jacksonville and took a job as a stock clerk at the Cohen Brother Department store with the intention of attending the Ringling School of Art.  As with many creative personalities, he turned to hat making after watching hats being made in the millinery department and thinking “I can do that”.   Since his mother was a very successful dressmaker, Eason learned about draping and quality workmanship at a young age which helped his leap into millinery.

His first hat, made while filling in at the workroom, was a Sailor with yellow cascading roses.  The hat was such a hit that his fate as a milliner was sealed.  His famous signature, a single green sequin on each hat, originally served a more basic purpose.  Within the large hat department at Cohen Brothers, Eason wanted a way for customers to identify which hats were his, so the green sequin was born.   After a few years he became the head of the hat department and quickly rose to prominence as one of the preferred milliners of stylish Southern women. 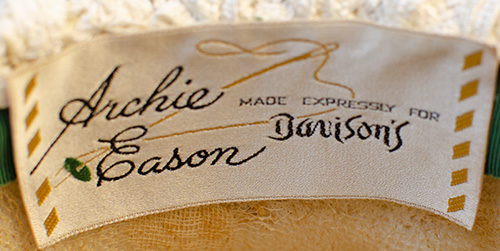 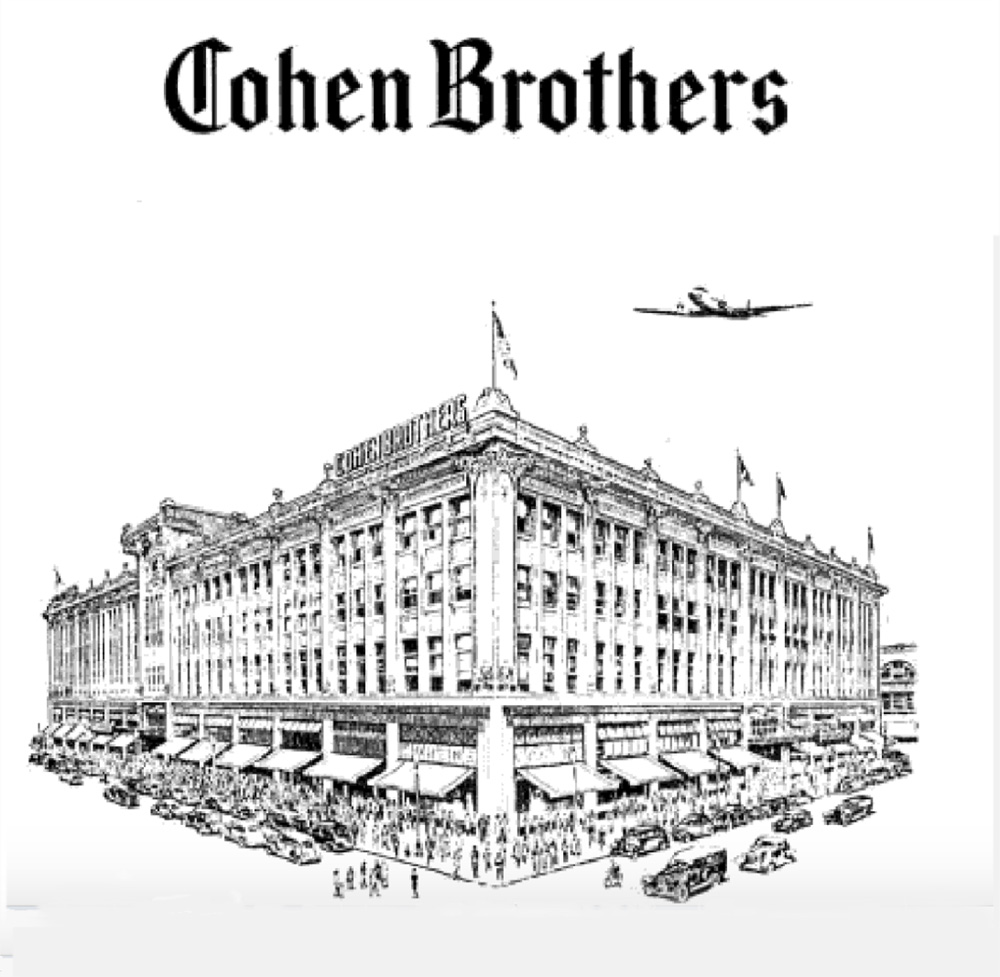 In 1960 Eason moved to New York City, initially teaming up with celebrity milliner Don Marshall known for making the hat for Grace Kelly’s wedding to Prince Rainier of Monaco.  Eason opened his own salon in 1964 and also supplied hats for Donald Brooks and Ladybird Johnson’s designer George Stavropoulos.  Eason made a name for himself producing all types of hats to fit every type of woman.  Newspaper articles of the time find him going into extensive detail about what hat fits a certain face shape.

As department stores across the country clamored for his hats, Eason was famous for only selling one of each style to each store ensuring no woman would be caught wearing the same hat as someone else.  Of course this strategy also guaranteed some of the the highest prices in the millinery trade.  At the height of his popularity, women were known to sew green sequins in other hats hoping to pass them off as Archie Eason Originals.

Eason hats were unique in design and use of materials. In addition to silks and straw, he was known for designing with loofah, a material native to Florida he first used back in Jacksonville.  A breathtaking loofah hat is on display at the FIDM museum website.

He developed an impressive clientele of Hollywood stars including Joan Crawford and Julie Andrews.  How’s that for range?  His most famous movie creation was Faye Dunaway’s beret in the 1968 film Bonnie and Clyde.  By the 1980s he was also designing hats for Adolfo and Mr. John.  He created Nancy Reagan’s cobalt blue hat  for her husband’s second inaugural in 1985.   ”Adolfo did her costume, and the hat was a little Breton of the same fabric as the coat,”  Eason said. ”We specialize in a lot of small things because not too many people do those.” 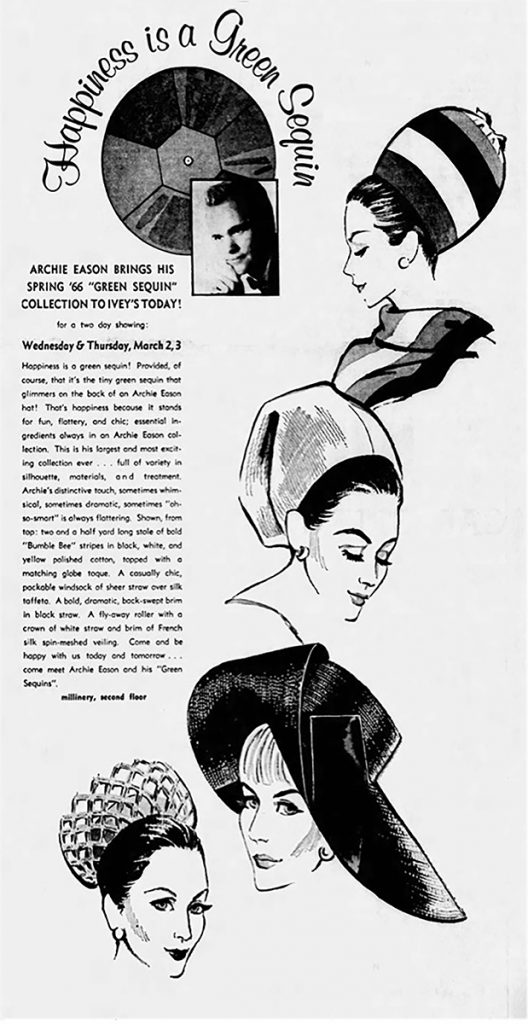 Eason was one of the last hat designers of the golden age of 20th century millinery and continued to design hats until his death in 1988.  His creations are very rare and highly collectable today.

As others questioned the longevity of hats in fashion, Eason would reply “there isn’t a woman in the world who doesn’t like a pretty hat”.  We definitely concur.

All hats shown are available at MadgesHatbox.

By Madge
0
This site uses cookies: Find out more.