Madge was lucky enough to be in Chi-town on day seven of the World Series.  While it was a rainy, foggy day the positive energy in the city was off the charts.  Madge was in Skokie visiting some vintage loving gal pals and we stopped by Wrigley on our way into the city.  You wouldn’t think you could get much more vintage than Wrigley Field except the Cubbies can since their last win in 1908 predates the ballpark.

Here’s some snaps from the day.

A visit to the Chicago History Museum for a Mainbocher exhibit ( more on that in a later post), yielded this marvelous message board. 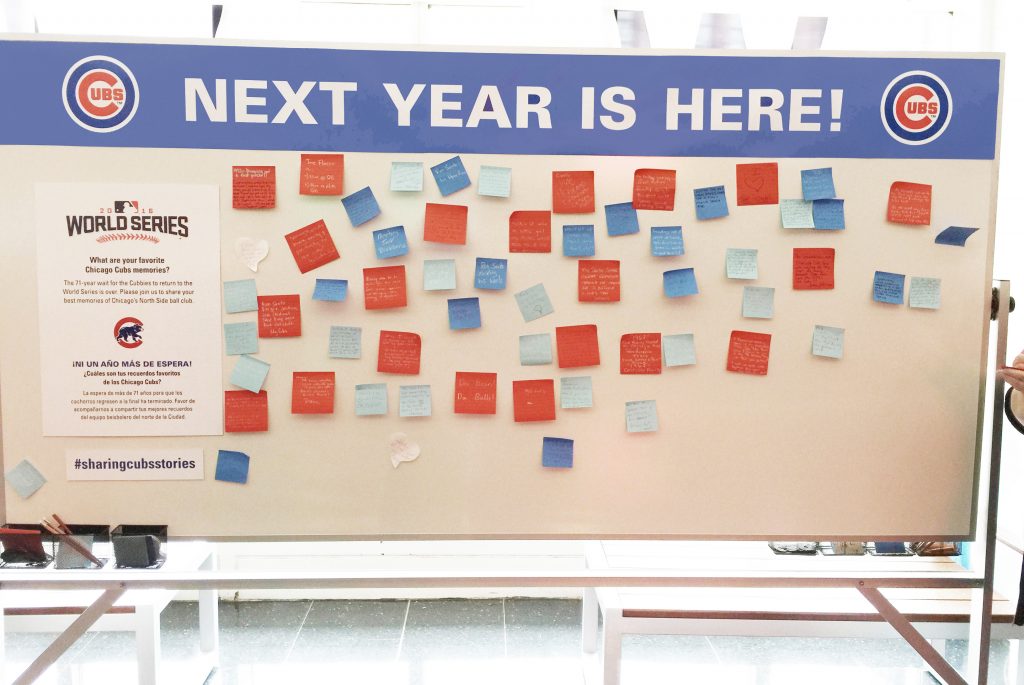 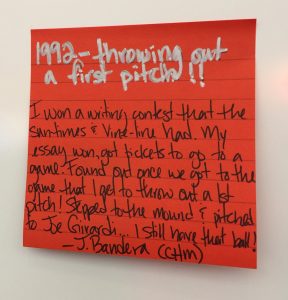 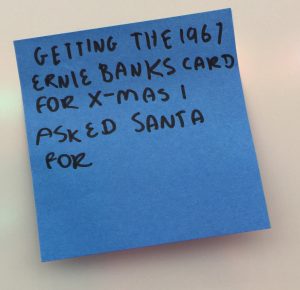 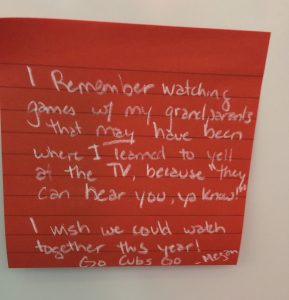 After the museum we swung back by the ball park on our way north to Skokie.  One of the coolest things Madge has ever seen is the writing on the bricks at Wrigley Field.  Cubs fans have come from all over the world to enshrine their sentiments in chalk on the historic ball park walls. 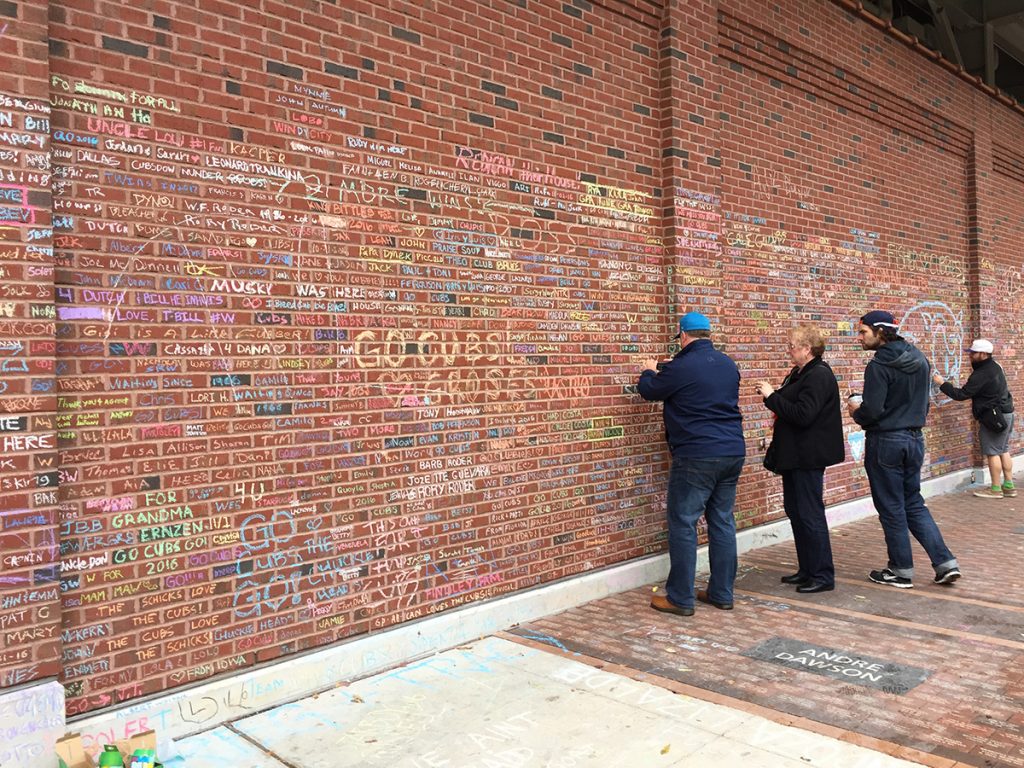 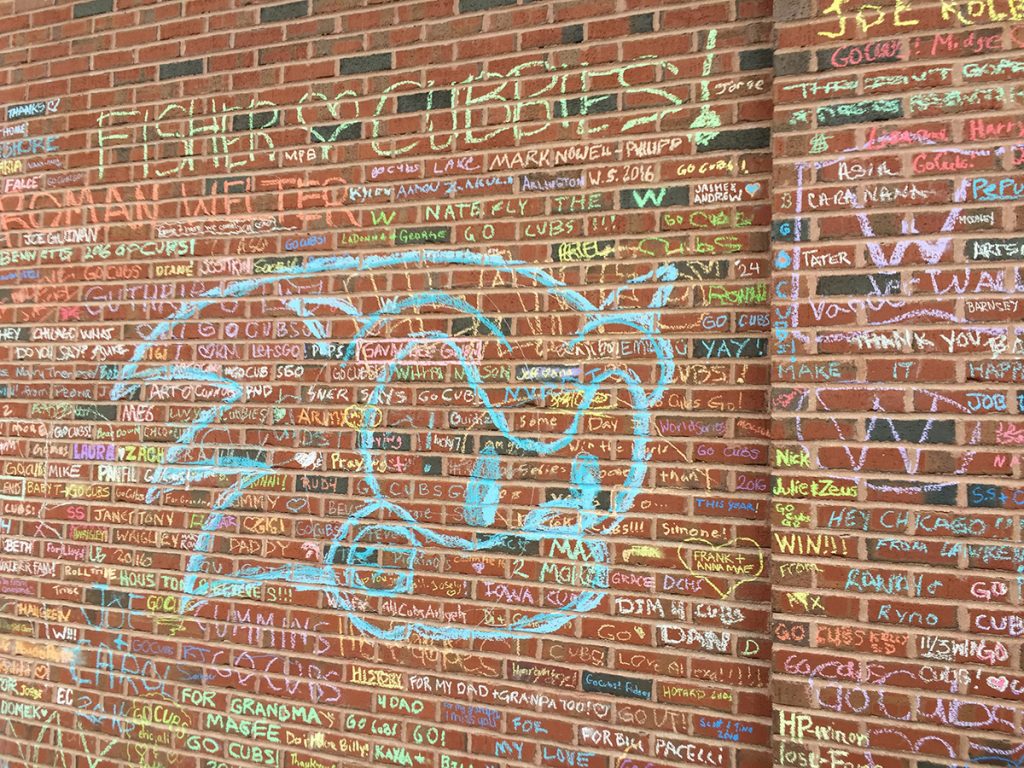 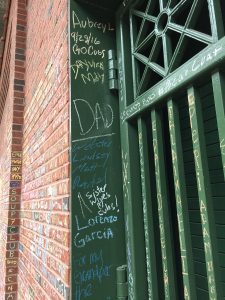 That night it was back to the hotel to watch the game.  But before that we stopped for a take out pizza from the famed La Rosa pizzeria in Skokie.   In business since 1957 and still using their original Faulds oven made right in Chicago.

The delicious pizza plus a copious amount of red wine was just the ticket for what ended up as the best baseball game Madge has ever watched. 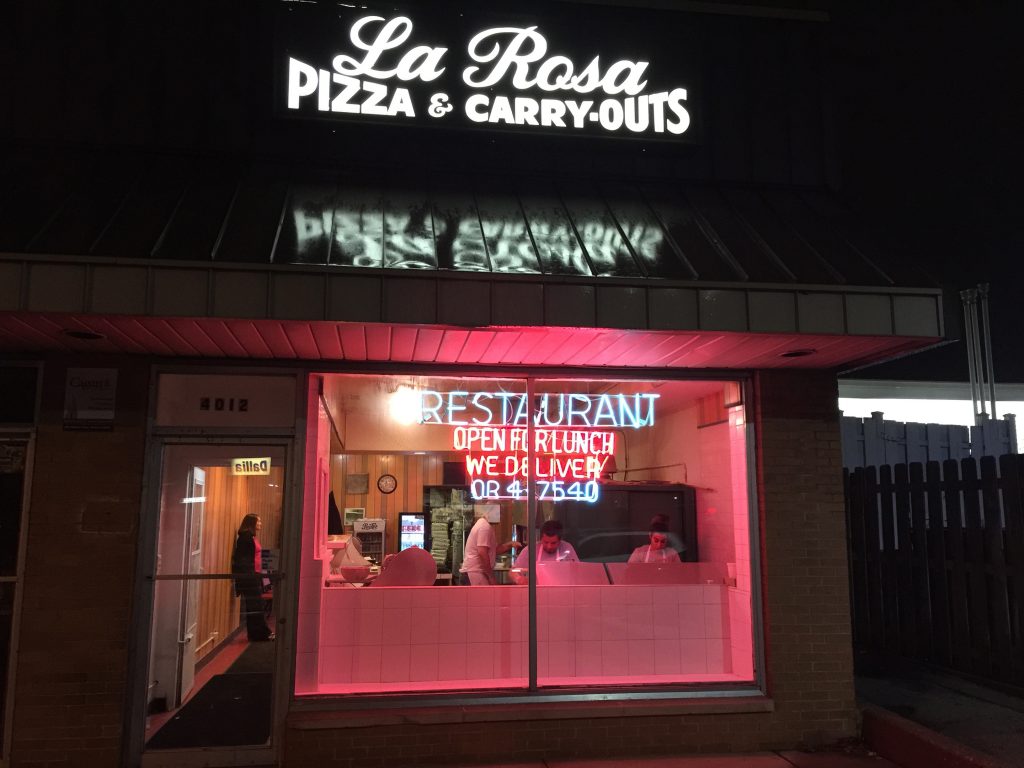 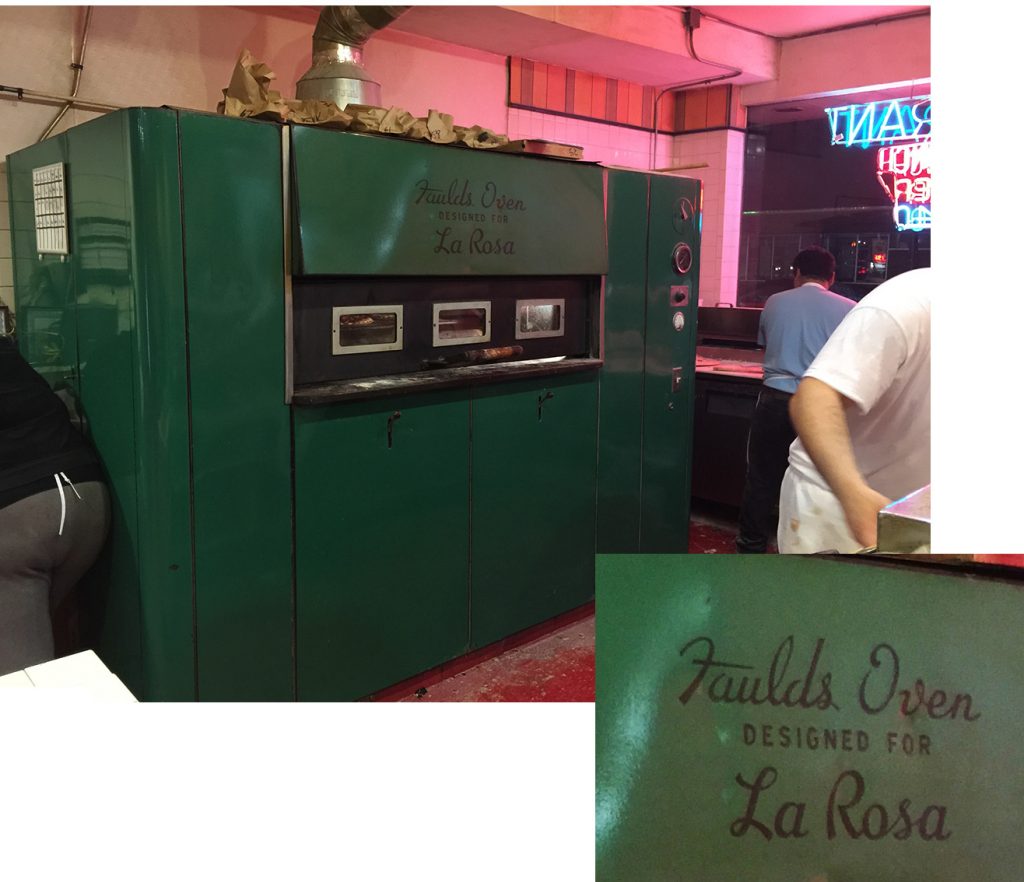 Madge is Flying the W! 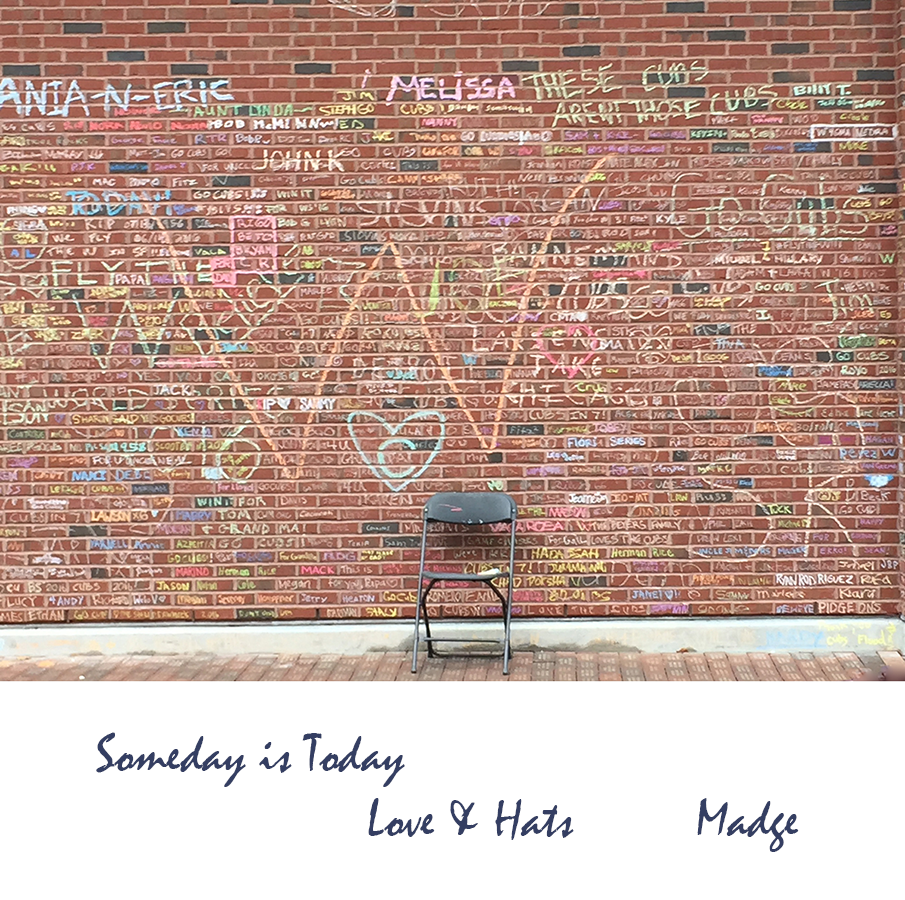