The news that the Bonne Bell Company is shutting down, gave Madge pause to remember her (not) miss-spent youth. If it wasn’t for Bonne Bell, Madge might not have survived puberty. As the go-to skincare and cosmetic line for young girls in the 1970s, the company will be missed by all of us gals of a certain age.

Early in his career, Mr. Bell was working as a cosmetics firm salesman in Missouri when, he contended, he noticed that most winners of sales contests were from Ohio. He then embarked on research that confirmed half of the country’s population lived within 500 miles of Cleveland. In 1927, he moved his family to Cleveland.

Mr. Bell entered the medicated cosmetics line in the early thirties. He bought a skin disorder prescription from a local druggist and used it as the basis for Bonne Bell’s Ten‐o‐Six lotion, which later accounted for more than half the firm’s sales.

Naming the company after his daughter, Bell originally worked on skincare formulas in his basement over a hot plate, selling his results door-to-door. Early on he directed advertising efforts to the youth market rather than competing with the Helena Rubensteins and Max Factors of the day setting Bonne Bell apart in the world of skincare,

His son Jess Bell became president of the company in 1959 and continued this visionary youth focus.   By the mid-80s it was a behemoth with annual sales of $50,000,000. Amazingly, in a world of perpetual corporate mergers, Bonne Bell remained family-owned. Despite many offers throughout his tenure, Bell refused to sell the company and remained committed to keeping it private.

Among the many models made famous from their time at Bonne Bell was Cheryl Tiegs, here the very definition of fresh-scrubbed 1970s beauty.

In the 60s- 70s Bonne Bell sponsored the US ski team. Dig that groovy ski suit.

A small part of that 50 mil was spent by Madge out of her weekly allowance, primarily on Ten-O-Six lotion, Lip Smackers lip gloss, and Skin Musk perfume. Constantly on guard for that dreaded four-letter word – Acne, 10-0-6 was heavily applied at the first sign of any bump.  We used to buy gallons of the stuff as you can see from the rather large bottle in this ad.

Since Madge was considered “too young for makeup”, she had to content herself with Lip Smackers; strawberry lip-gloss, how bad could that be? Craving rouge, Madge would liberally spread the strawberry-scented gloss on her checks creating a sticky, glossy vision of beauty, smelling slightly of fruit.

Skin Musk cologne was Madge’s entrée into the world of feminine wiles. Musk scents were very popular in the mid-seventies and were advertised as giving one added sex appeal. Lots of companies jumped on this craze though many options smelt more like the ox than the musk.

Bonne Bell’s version was slightly sweet with just hints of musk and Madge found it thrilling and slightly dangerous to wear on her outings to the mall in Wichita, Kansas, in her mini skirt, knee socks, and Mary Janes.

The End of the Road

Jess Bell Jr., the third-generation to lead Bonne Bell, reorganized the company in 2010 as Aspire Brands.  The company was finally sold to outside interests in 2015 then shut down for good in 2016.

Now, of course, there are hundreds of companies catering to young women, and today a middle-schooler is just as likely to use Chanel or Lancôme, undoubtedly a big part of Bonne Bell’s downfall.  Only Lip Smackers live on as a brand under the Markwin Beauty company.

So as we say goodbye to this iconic and pivotal company please raise that last vial of 10-0-6 and splash it on your face. Thanks, Bonne. It was a great run. 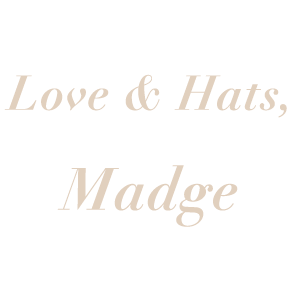