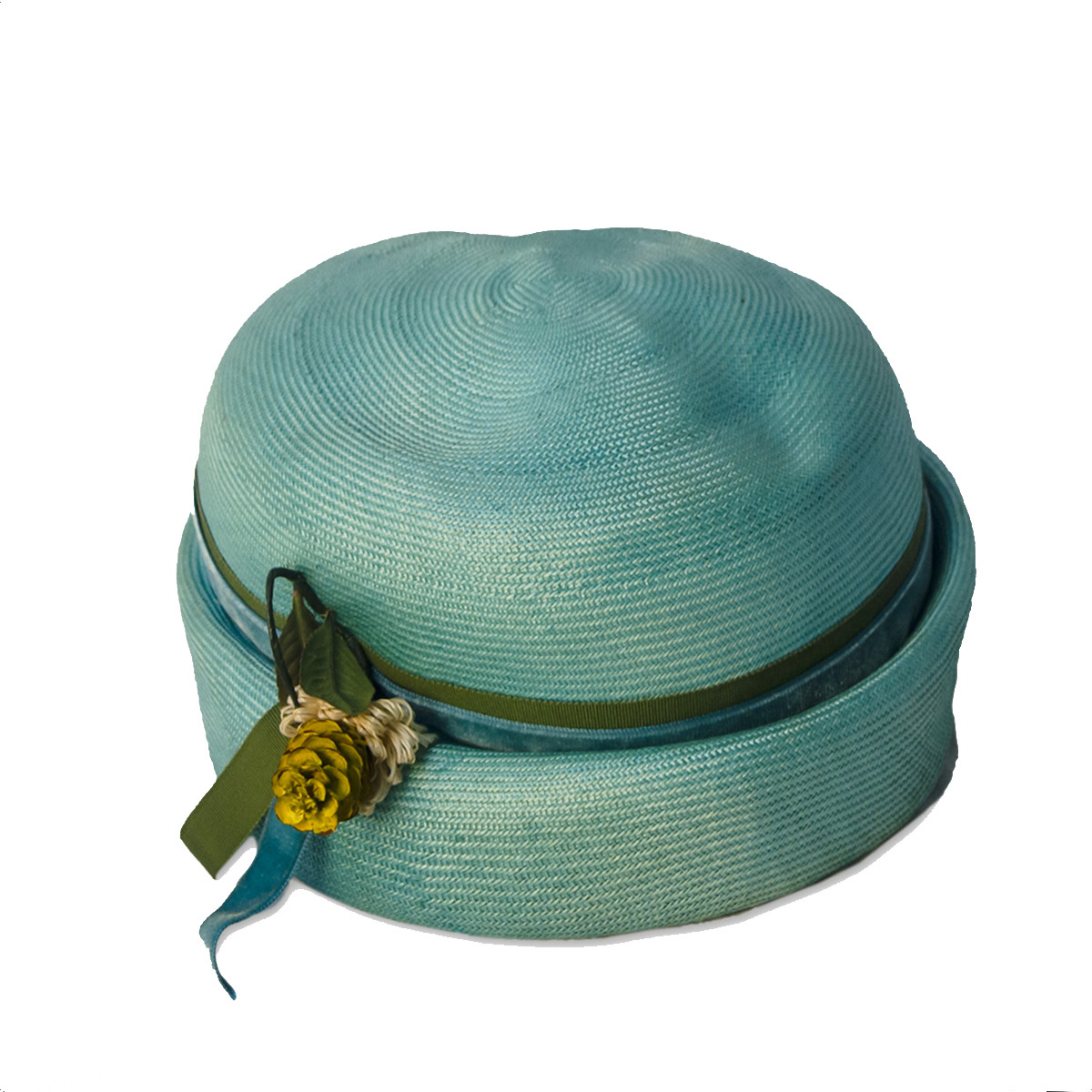 This Adofo hat is so cute on.

Born Adolfo F. Sardina in Cuba in 1933. He Immigrated to New York in 1948. Worked at Bergdorf Goodman, but quit when the store refused to put his name on the labels. Apprenticed at Cristobal Balenciaga, Paris in the early 50s.  Designed hats as Adolfo of Emme. then became chief designer in 1953. Won Coty Fashion Award, 1953, and Coty gave Adolfo a special award for millinery in 1955 and again in 1969.  Adolfo opened his own salon and began to design clothes to show with his hat collection. His clients included the Duchess of Windsor and Nancy Reagan. He closed his salon in 1993 but continued to license both hats and fashion. Labels: Adolfo, Adolfo Realities, Adolfo II (bridge line), Pirouettes by Adolfo II (1970s).