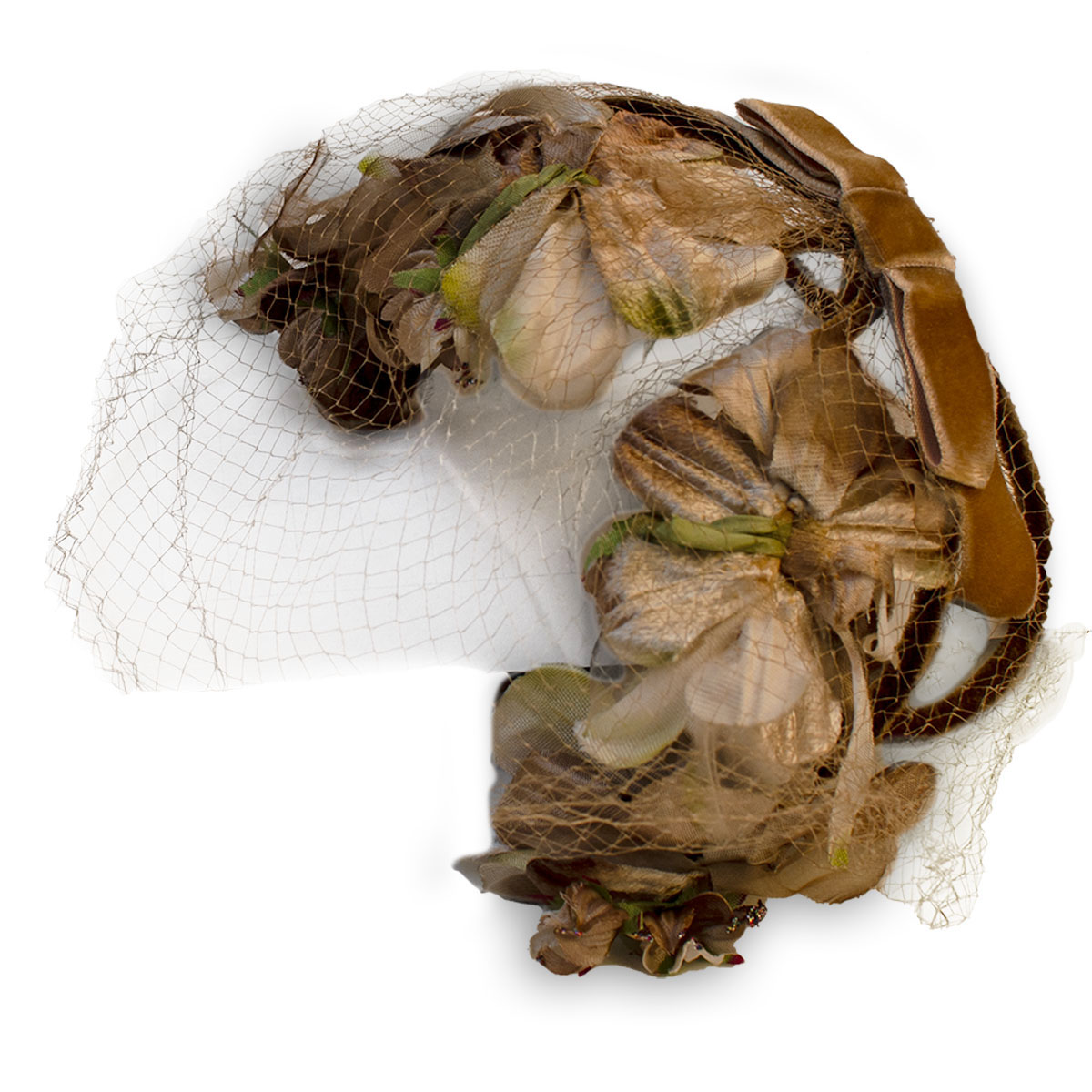 Half hats are a brimless shallow hat that usually sits flat on top of the crown similar to an extra-wide bandeau. The half hat was created by Lilly Dache, who won an American Designer award for it in 1941. Dior designed veiled half hats beginning in 1947. They remained popular during the 1950s and morphed into variations including openwork half-hats comprised of a wired piping frame with flowers, feathers or other trims. Check out Madge’s blog post on half hats

Madge must be notified of a return request within 10 days of receipt of merchandise and items must be returned within 30 days.  See our complete return policy here.

There are no reviews yet.

Be the first to review “Vintage Flower Half Hat, Brown Floral Design, Fits Most” Cancel reply