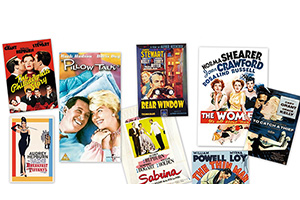 Eight Movies with Vintage Style
Back in the early 60s my mom had her hair done every Saturday morning at the beauty parlor.  This was the era when stylish women had their hair teased within an inch of its life and my mom was definitely a stylish woman.  After all, she was a secretary.