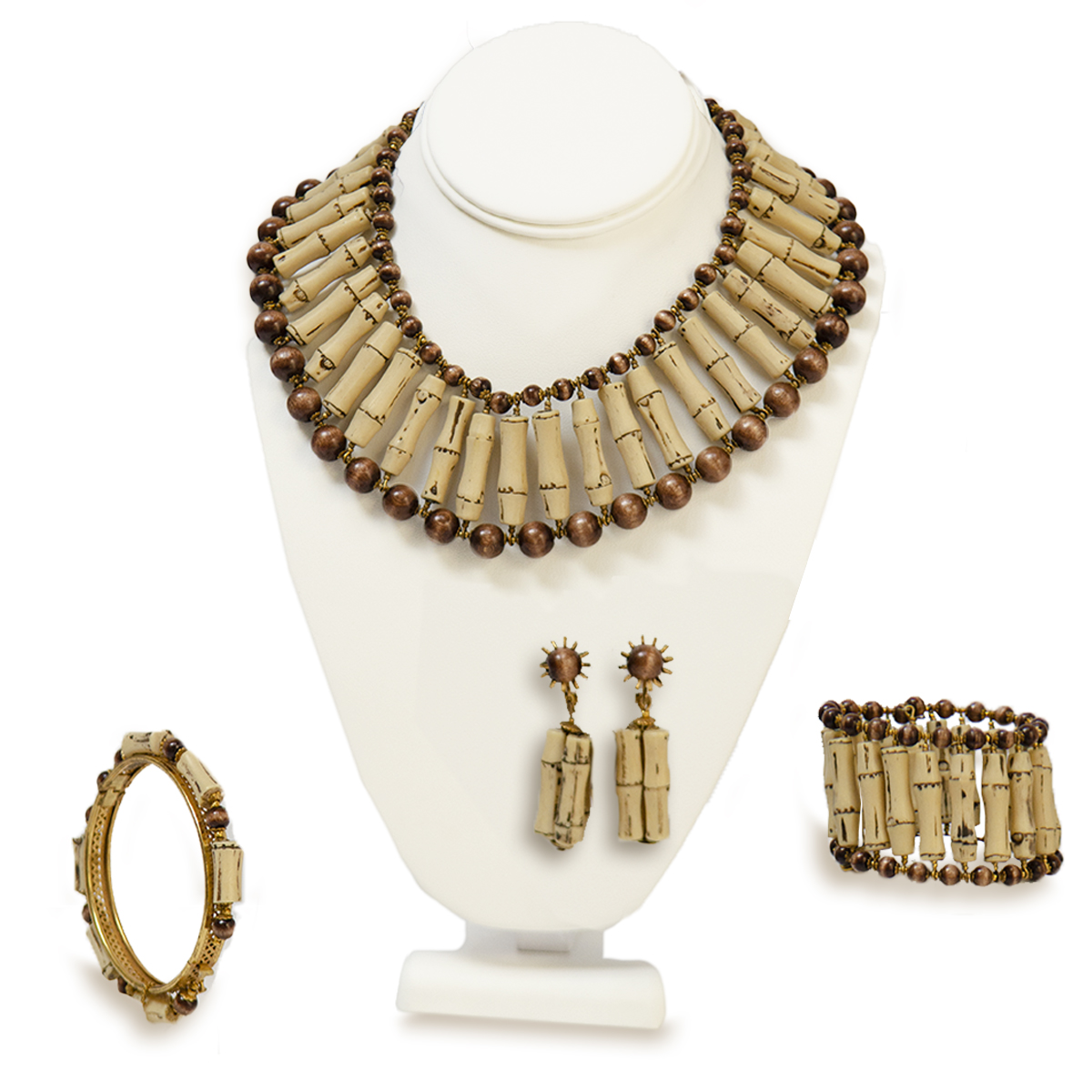 Condition: Very good.
Era:  1950s.
Mark/Label: Miriam Haskell on earrings, necklace clasp, tag on bracelet
One of a kind vintage piece – Get it before it’s gone.

An incredible Miriam Haskell jewelry set in resin  to look like bamboo jewelry..

Who Was Miriam Haskell

Miriam Haskell was one of the most important American costume companies of the 20th Century. Haskell, along with Coco Chanel was one of the rare women at the top of the jewelry industry.  Haskell was born in 1899 to Russian immigrant parents, in Tell City, Indiana. After high school, she studied for three years at Chicago University.

Moving to New York City in 1924 with $500 in her pocket, she opened a jewelry boutique in 1926 in the McAlpin Hotel, now an apartment building, in Herald Square; plus, a second outlet within the year at West 57th Street.

In the 1930s, the company moved to 392 Fifth Avenue.  The company was best known for its intricate, handmade beaded jewelry, include elaborate tapestry beading.   Haskell did not design her jewelry.  Frank Hess was the principal designer from  1927 to 1960.  He was followed by Robert Clark and then Larry Vrba in the 1970s.  Miriam Haskell jewelry by Hollywood stars as well as other celebrities including Lucille Ball, Gloria Vanderbilt, and the Duchess of Windsor. Joan Crawford owned a set of almost every Haskell ever produced, from the 1920s through the 1960s.

Haskell became ill and lost control of her company in 1950 to her brothers. In increasingly frail health, Miriam Haskell died in 1981.  Frank Hess retired in 1960.  The company has gone through several owners and still produces jewelry today.  Designers after Hess include Peter Raines, Larry Vrba and, Millie Petronzio.